Favorite Thing from Space! (I) 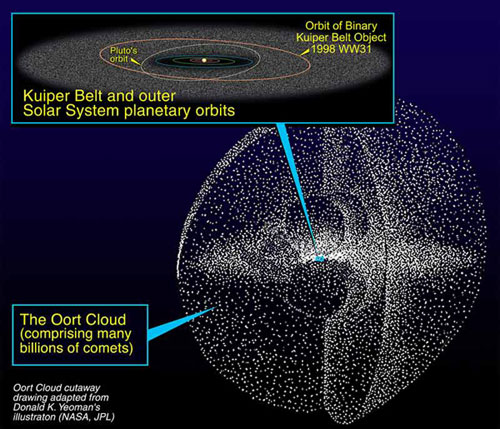 This is going to be my first post in a series called: Favorite Thing from Space!. I will try to write a little bit about some of the interesting objects in space, and various discoveries and theories that particularly interest me (in no particular order). The idea is not to write extensively about the objects (because I’m no expert!), but to maybe interest you in what is out there that’s kinda cool.

What is it? It is (hypothetically) a massive(!), spherically shaped cloud made up of trillions of comets (Wiki Oort Cloud). It is believed that all long-period comets actually originate from the cloud (UniverseToday.com / ABBY CESSNA).

The Oort Cloud is really big and is far away, but close enough to be considered the furthest object within the solar system (http://www.edinformatics.com).  It is said to be approximately 1-light year away from the sun (Wiki “Oort Cloud”). Also, it is possible that the material of the cloud might have originated closer to the solar system, and then it was pushed away by the planets (Wiki “Oort Cloud”). However, what defines the “end” of the solar system, and how to define it, is very much still in debate. One theory is that the solar system ends where the sun’s influence ends; in other words, where the sun’s gravity is no longer able to hold influence over an object. The sun’s gravitational influence is approximately within 2 light years (UniverseToday.com/ JERRY COFFEY).

When looking at the diagram, if to scale, the sun looks very little, but if its influence can reach the Oort Cloud, from 1 light year away, that’s pretty good. It makes me want to think about how powerful gravity and stars really are. 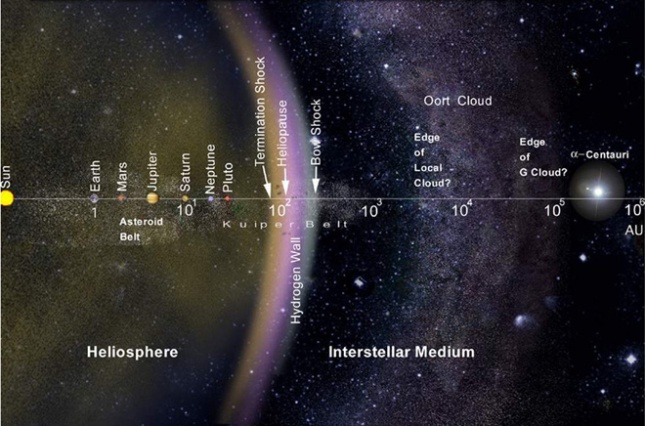 Imagine taking a “road trip” beyond the solar system towards interstellar space. Let’s concentrate just on the icy or rocky obstacles in the way. Before we even reach outside of Jupiter’s orbit, we first pass the asteroid belt. And if we survive that, and fly pass all the moons of the planets, we meet the Kuiper Belt (beyond the planets). And if we do pass the belt of comets and material left from the young solar system, we think we are on our merry way; but after approximately one light year away, when we have pretty much forgotten about it, we see thick fog of dust and ice (and even large icy objects). We get lost in the massive sphere, whose size (as depicted in this diagram, if even not to scale) looks to be very much bigger then the solar system itself! Could we ever get out of that cloud?

The Dystopian Nation of City-State

boy with a hat

writing as a way of life

A writer & her adolescent muse

writing, writers, & worlds (of my own making)

I will take the adventure God gives me

~Cruising through my Life~

In search of the maverick in me!

The wacky stories of a crazy lady.